Our vineyard covers 39 acres, which are on the hillsides of Vouvray. Nicolas Brunet farm it.

From a family of wine growers since nine generations we cultivate very traditionally and we respect the vine (grape harvest only manually) and the environment (sensible use of the weed killers and ploughing of the vineyard). Our wines are very typical : vhey are fruity and powerful. They have a lot of character and are produced to mature. They are made with only one grape variety: the White Pineau of the Loire Valley, which is called too White Chenin. It gives birth to some white sparkling wines and some white still wines too, which can be dry medium-dry, mellow or sweet.

This grape variety is wonderful because we can produce each year some different wines. The quality of our wines is regularly recognized by some national and international competitions (Paris, Bruxelles, Montréal, Strasbourg…). Our reception of the clients is based on the notions of proximity and conviviality and we try to explain that the wine is a noble product but it is above all some pleasure.

We are opened during all the year. The visit of the cellars and the wine tasting can be realized in English or German.

The vineyard is used to the production of only one grape variety: the white Chenin, which is also called white Pineau of the Loire. It covers 16 hectares on the hillsides, which overhang the Loire Valley between Vouvray and Rochecorbon. The soils are siliceous clay and chalky : we said that the vines grow on some soils called “aubuis”.
With the characteristics of the white chenin the vines produce some white wines, which can mature a very long time.
The vines are aged between ten and fifty years. Each plot has an old name, which explains the sort of wine it can produce: so the richest wines come from some vines aged of fifty years because they produce a low yield but concentrate a lot of sugar in the berries. These plots are named “The Heaven” or “The Sunburned”… and they will produce the grapes for the mellow and sweet wines.

THE WORK IN THE VINEYARD

The vineyard is cultivated very traditionally: it is ploughed to limit the use of weed killers and to prevent the development of some lazy roots, which are able to find the mineral salts only on the surface.

The vines are pruned with a technique said “à pousssiers”: it consists in cutting all the useless branches during the winter and in keeping all the others, which will bear fruits. This technique is very complicated but it brings some low yields and a good quality of the berries.

This work is completed in spring by a sort of lopping of the wines called “épamprage” which will finish to take away the useless branches. The grape harvests are made only manually in October. It needs approximately three weeks and 14 workers. We realize some selections of the best grapes to produce some exceptional mellow or sweet wines.

They are elaborated with some berries, which received some noble rot: this microscopic mushroom called “botrytis cinerea” and the sun takes away the water in the grapes and concentrate a lot of sugar. 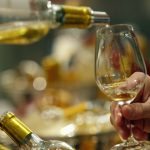